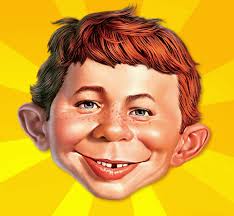 “Eat Mor” War: Chik-Fil-A Bites Off Too Much Again?

“I’ve been chasing ghosts and I don’t like it. I wish someone would show me where to draw the line.”  John Cale

Chik-Fil-A, the fast-food poultry palace with a Baptist bent, earned public ire when one of its executives came out against same-sex marriage, telling a Christian news organization that  Chick-Fil-A supported “the biblical definition of the family unit.”.  Boycotts ensued, but not lawsuits.

But the “Chik” is no stranger to public controversy or to legal proceedings, especially when it comes to trademarks.  The company has aggressively enforced its federal registration for the slogan “Eat Mor Chicken.”  It even claims that the slogan is so famous that no one else should be able to use the expression “Eat More,” regardless of the product or cause.

Until recently, Chik-Fil-A’s fight to rule the “Eat Mor/More” roost was largely a success, with the company pecking away at one alleged infringer after another.

That is until it ran into Bo Muller-Moore and his “Eat More Kale” t-shirt business.  Muller-Moore lives in Vermont and  makes shirts emblazoned with crisp messages or simple declarations such as “Cheese.”  When a local farmer suggested the slogan “Eat More Kale,”  Muller-Moore complied, and sales blossomed.  So much so that he applied to register the slogan with the United States Patent and Trademark Office.

That’s when Chik-Fil-A entered the picture.  It’s lawyers stepped in to protest, claiming that Muller-Moore’s mark would confuse the public and damage Chik-Fil-A and its “Eat Mor” mark.

Muller-Moore, however, is no chicken.  Instead of wilting under legal pressure, the Eat More Kale man has mounted a counter-offensive.  Battling a fast-food corporate giant takes more than chicken feed.  So Muller-Moore  started a campaign on the public-fundraising site “Kickstarter,” which usually is the province of musicians, filmmakers, and artists seeking backers for their next record, film or project.  Using the site to bankroll a lawsuit may be a new growth industry for Kickstarter.   With his story propelled by the Internet, Muller-Moore has already topped his funding goal of $75,000, allowing him to go toe to toe with Chik-Fil-A.

Some may call Chik-Fil-A a trademark bully.  Others may see the purveyor of crispy chicken sandwiches as taking necessary steps to protect a valuable trademark asset.  But whatever your take on the situation, one thing is clear–trademark owners–even well-heeled ones–can no longer count on mom and pop rolling over at the first whiff of legal trouble.  The playing field may not exactly be level, but the Internet and sites like Kickstarter have now redrawn the boundaries.

QUOTE OF THE DAY:  “There’s no reason to be the richest man in the cemetery. You  can’t do any business from there.” Colonel Sanders